Statement on Uvalde and Buffalo

We are heartbroken over the massacre of 21 people–19 elementary school children and two teachers– in Uvalde, Texas this last Tuesday. The Uvalde tragedy came just 10 days after another 18 year-old boy murdered 10 African Americans at a supermarket in Buffalo, New York, the latest in a long line of shootings committed in the name of white supremacy.

These are not discrete, disconnected events, but rather part of a brutal legacy of violence in America, with deep roots in patriarchy and white supremacy.  Research shows that the majority of mass gun violence incidents are committed by men who carry animus toward women, many with histories of domestic and sexual violence (the shooter in Uvalde killed his grandmother before he turned his violence on the community), and by individuals who have ties to white supremacist ideology (the shooter in Buffalo was explicitly motivated by so-called Replacement Theory).

Let us not mistake gun violence as an individual problem; it is a systemic, structural issue. Our gun policies glorify and perpetuate violence, and our policing institutions fail to protect those who are most vulnerable. In the past several weeks, Black and Latinx communities have painfully experienced the lethal impact of our systemic disregard for human life.

As advocates for survivors, we know that gender and racial oppression are deeply connected, interlocking systems. We cannot end gender based violence, or any form of systemic violence, without addressing white male supremacy. That requires individual, community, and structural change.

At CSAJ, our staff are grappling with the brutal events of the past several weeks in very personal and different ways. As an organization, we look to survivors for new models of power, resilience, community, and healing. Our recent work in New York City has engaged survivors in a series of visioning conversations about economic equity, safety, and healing.  Here is a snapshot of their survivor-defined positive vision for transformation: 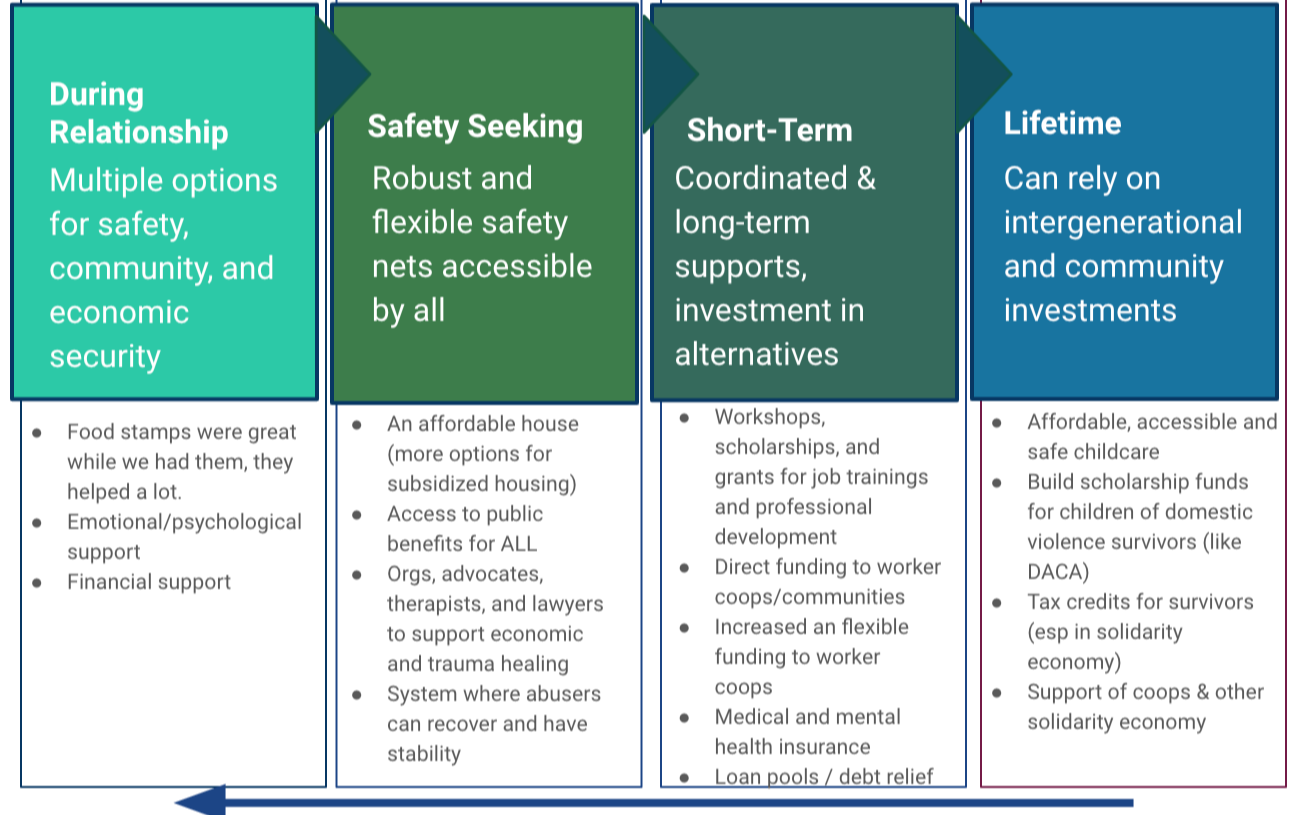 In the coming days, and always, we hope that you take care of yourself and those who you know are personally and collectively impacted by these events. And we hope that you find the reserves and courage to uplift models of power that honor humanity and build community for us all.